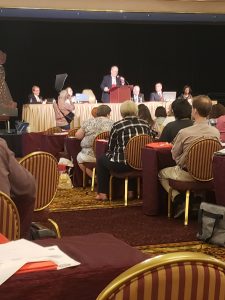 I spent the last weekend in June at the Cat Fanciers’ Association annual meeting. I went as a delegate for my club, the RagaMuffin Cat Fanciers and to get the award my cat had won in person. Pixi Stix was the best RagaMuffin in the country for the last show season. While I have had cats that won the award in the past (both Nougat and Fudgie), I did not travel to get the award.

This year’s event was sponsored by the North Atlantic Region. It was held at Turning Point Resort and Casino in Verona, NY. My four hour drive turned into 6 hours due to construction. I got there Thursday evening and settled in for the next two days.

All day Friday was the annual CFA meeting where delegates like 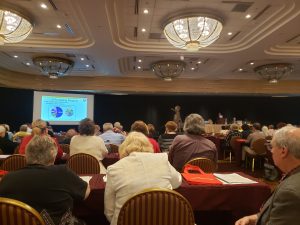 me voted on changes to show rules. It was actually more interesting than I expected. A focus of the changes was to attract more people into showing cats as well as attending the shows as a spectator. 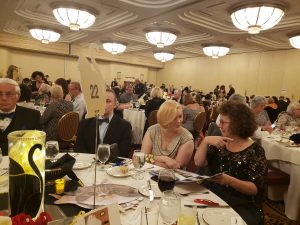 Saturday night was the big event: the awards banquet. I’d heard about it, but it was really something to witness. It’s nicknamed the cat prom for a reason. Many men wore tuxedos, women wore formal gowns or a cocktail dresses ( my choice). People involved in the cat fancy from all over the world were present.

To get Pixi Stix’s award, I lined up in an aisle formed between tables. As I got closer to the stage, a red carpet appeared. While headed to the stage, Richard Katris, a renowned cat show photographer snapped my picture. On stage with a looming image of Pixi Stix, , I received the award, was photographed again and trailed off the stage to a set up with another famous cat show photographer, Larry Johnson, for a formal portrait.

Spending the evening with friends, hooting and hollering for their wins, hearing them cheer for Pixi Stix made it a memorable evening. 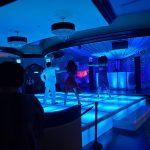 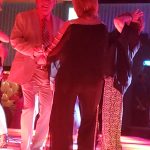