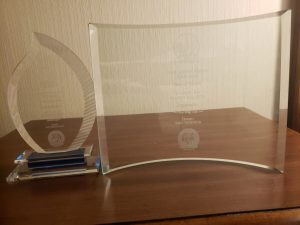 Every June, it’s time for the big event.  Cat show people gather  to celebrate the previous season. This year the NAR ( North Atlantic Region) chose to hold the event in Cromwell, Connecticut. It’s further away than I generally travel, but, my Pixi Stix was getting two awards and it’s always fun to see the cat people dressed up.

The banquet was held on Saturday night. There was a cat show both Saturday and Sunday. so I made what was supposed to be a four hour drive with cats on Friday. It took six hours; heavy traffic is no fun. Once I got to the hotel, I unloaded the car and got my kitties, Sugar Daddy and Smidgen, comfortable. I then went out to dinner with a friend.

Another friend of mine, Lynda Jay of Serendippity RagaMuffins flew in from Illinois Friday for the show and banquet. She brought with her my new show kitten, Solo. I was looking forward to spending the weekend with Lynda and getting to know Solo.

The show kept us busy the next day, but we got out in time to clean up and dress up for the awards banquet. The theme for the weekend was Into the Looking Glass from Alice in Wonderland. The theme was carried through from the show hall to the banquet room. Tables were beautifully decorated with black and white harlequin table clothes. The centerpieces were fabulous continuing the theme using fresh flowers. Even the place cards were theme based. Somebody put a lot of work into this!

The meal was excellent. After dinner, the awards began. Best of breed awards were first. iCandy Pixi Stix earned  Best of Breed RagaMuffin in the region. The next set of awards were for the various categories cats compete in. Pixi Stix was a Regional Winner last year and repeated it this year. As in previous years, it was an enjoyable experience. Lynda had never been to a cat awards banquet; I’m glad she had a good time.