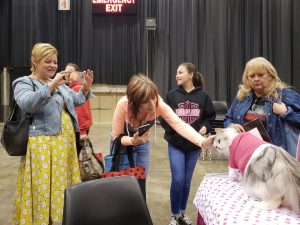 My first show cat GC GPD RW BW Kaerik Canterbury Nougat is a wonderful example of the RagaMuffin breed. while he did climb the pole for judges, it was always in slow motion. I mean really slow. The cat has never been in a hurry for anything. He loves meeting people and being admired. I dust him off occasionally to go to a show as a Pet Me cat. He loves dressing in his outfits, having his picture taken and getting pats from spectators. Nougat could sit on the grooming table all day, like a king holding court. 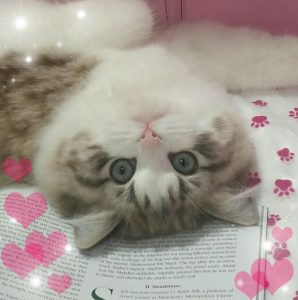 His great granddaughter RW GC iCandy Pixi Stix is a laid back girl. While she moves a bit more than Nougat, she has been known to be taken out of the judging cage in a final to be shown off in a reclining position.  She has an affinity for sinks whether at home or at a hotel. It seems to be the perfect place for her to relax. At shows, Pixi Stix likes to hang out upside down on her groom spot. I think she knows I am as enamored with her upside down as I am right side up. 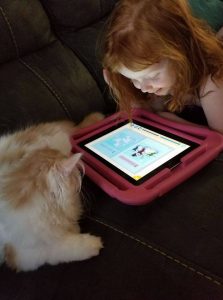 Kittens I have placed from my breeding program seem to worm their way into their family’s heart quickly. Red and white boy Pickle went to live with a red headed little girl named Ellie. From the beginning, it was a match made in heaven between the two red heads. From watching Frozen together many times, to naps, to video games, the two are inseparable. My heart sings when I see a new photo from mom. 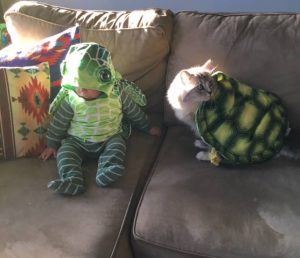 iCandy Waldo also went to a family that adores him. He has been dressed for Halloween to match his human brother, gone to school for drama practice and ended up on stage with the actors, and had a birthday cake made in his likeness. 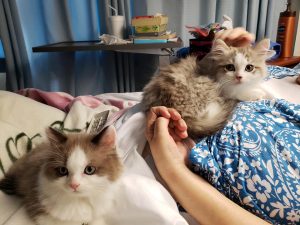 I go to a nursing home to visit regularly. I take a dog sometimes and other times I take a cat or two. The sweet demeanor
of my muffins is perfect for this. Residents adore petting the silky, luxurious fur and hearing the loving purrs.
admin2020-05-16T02:23:18+00:00